Vassar has an independent, interdisciplinary and creative spirit 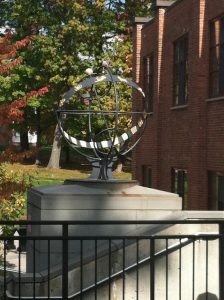 Multidisciplinary studies have been a distinctive feature of academic life at Vassar for several decades, fostering an intellectual environment that thrives on crossing disciplinary boundaries. A great example of this academic freedom and mindset is the Interdisciplinary Robotics Research Laboratory, created by five professors in biology, psychology and computer science where students can investigate with physical robots as well as computer simulations of virtual robots.

The college’s 1,000-acre campus, just outside Poughkeepsie, New York, is decorated with architecture which is predominantly neo-Gothic and yes, the library does look like a scene out of Harry Potter.

Freshmen from out of state: 71% 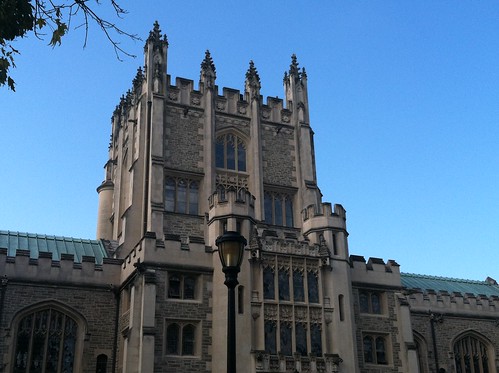 Academics: Vassar began as a women’s college in 1861 and went coed in 1968. There is no core curriculum and no general education or distribution requirements. Academic flexibility is paramount. That said, all students must take a Freshman Course, a small seminar emphasizing oral and written expression, as well as one course that requires significant quantitative analysis (similar to Hamilton College, also in New York).

More than half the students at Vassar double-major, with the most popular majors being English, political science, psychology, economics, and biological sciences. 70% of Vassar students go to graduate school, with medical school being the largest percent. Absolutely love that all freshmen have their own librarian.

Social: Vassar doesn’t have a Greek system, so social life revolves around films, lectures, parties, concerts, and the like. With its strong theatrical department, Vassar has 50+ theatre productions per year. A senior remarked that, “There are more than 1,000 events registered on the campus every year, which is nearly 40 events a week.”  Student Association, WVKR radio station, Vassar Greens, and ultimate Frisbee are influential in student social life. Popular events include Spring Concert, Founder’s Day, and All Campus Halloween Party.

What do you think of Vassar? What about this college is a good fit? Please post your comments below.

This blog is valued by busy parents of college-bound teens. The topics covered in these posts are mined from years of listening to parents talk about their dreams for their children’s education.

This blog is written from the heart… as it’s my passion and life calling!

What grade is your child in?

This helps us send you a downloadable,
grade-specific roadmap + relevant,
instant guidance right to your inbox.