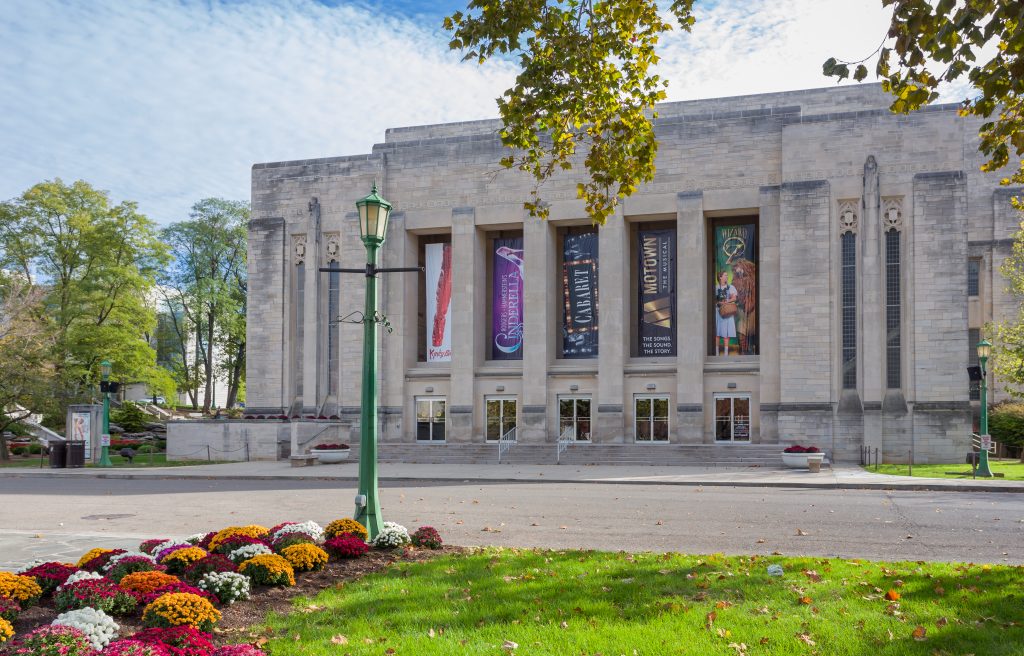 If you are not intimidated by large crowds (32,000 undergraduates, say what?), have a passion for basketball, and are looking for strong programs as well as a great social scene, then Indiana University at Bloomington may be the college for you. IU is situated on a 1,936-acre campus in southern Indiana, which features a variety of architectural styles, including a few fountains and gargoyles, a large arboretum and some impressive new and recently renovated buildings.

Here are a few quick facts about IU Bloomington:

Housing: Freshman can rest assured that they will have a place in one of the many dorms, which range in style from Gothic quads to 13-floor high rises. All dorms have laundry facilities, computer clusters, cafeterias and undergraduate advisors. Some dorms even have language-speaking or academic floors. Students will find a variety of dining options laid out in both buffet style and food courts with offerings of international and healthful menus amongst the usual fast food options. Alcohol is prohibited in the dorms. 64% of all undergraduates live on campus.

Academics: Indiana University prides itself on its liberal arts education. Freshmen are not admitted to pre-professional schools, but to the “University Division,” and majors are declared after one or two years. General education coursework consists of courses in math, science, social and historical studies, arts and humanities, English composition, world language and cultures, as well as additional requirements that vary by school. IU has many acclaimed schools, including the Kelley School of Business, School of Education and the Jacobs School of Music, as well as the School of Public and Environmental Affairs, which is a top choice for those with an interest in environmental policy.

The undergraduate who would like to study abroad will find 380 programs in 52 countries and 17 languages in nearly every field of study. Almost a quarter of students participate in these opportunities.

“Rigorous, but not cutthroat” is the best way to describe the academic climate at IU. Competitive overachievers and laid-back carefree individuals will all find room here as they take several of the 4,000 courses offered each semester. Undergraduates are an important part of the educational process – many faculty members take their research results straight to the students, and professors in math and science are known for bringing undergrads into the labs to assist with ongoing projects.

Social: The most active social scene on campus is that of the Greeks, which attracts 24% of men and 21% of women. A range of extracurricular organizations, concerts, ballets, recitals and festivals on campus keep students busy, and the IU student union is one of the largest in the country. For those who like to get out a bit more, Bloomington is a great college town with plenty of restaurants, shops and bars. In the local area, the nature lovers will be pleased to find some impressive rock quarries and forests for hiking and there are nearby caves for the enthusiastic spelunker.

Division I varsity athletics overshadow the numerous intramural and club sports, and basketball is pretty much an established religion in Indiana. Purdue is IU’s athletic rival with both teams playing for the Old Oaken bucket, which was found on a farm in southern Indiana in 1925 and rumored to have been used during the Civil War.

Financial: Indiana University, which admits students on a need-blind basis, offers both need- and non-need based aid, as well as athletic scholarships. An average of 71% of need is met, with 31% being fully met. Although the tuition and fees for in-state and out-of-state are $25,000 and $53,000,  respectively, the average financial aid package is $12,000. 71% of students receive scholarships.